This one means “Black Roast” and it’s another Venezuelan classic and, probably, my favorite. The name comes from the color the roast acquires. from being cooked in dark caramel

My sister Claire has always been the one to make it for our family. She’s adventurous, doesn’t mind the mess, and has her own way of doing it. It’s almost instinctual. So yesterday, I decided to be adventurous and found a recipe that seemed like something I could do and there would be no mess. This recipe is by Edgar Leal and I found it in an old post on The New York Times.

I followed all the steps but, again, made some minor changes. Instead of white sugar I used Florida Crystals Pure Sugar Cane, I left out the cilantro, and I pureed the vegetable to include them in the sauce (which I reduced a bit) while the roast rested.  For the wine, I used an open bottle of Ravenswood Zinfandel that I had from the night before

I am still working on learning how to take pictures as I go so that I can show my progress. In the meant time, I leave you with a photo of the final product served with white rice and steamed asparagus. 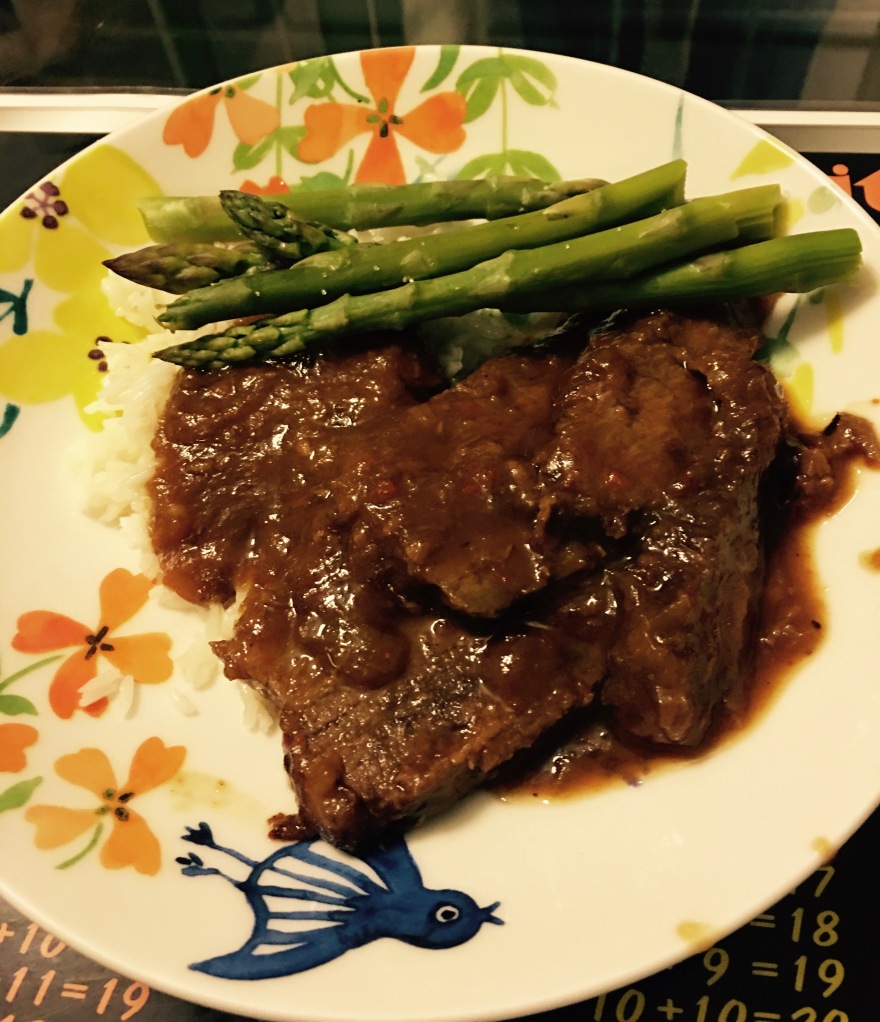